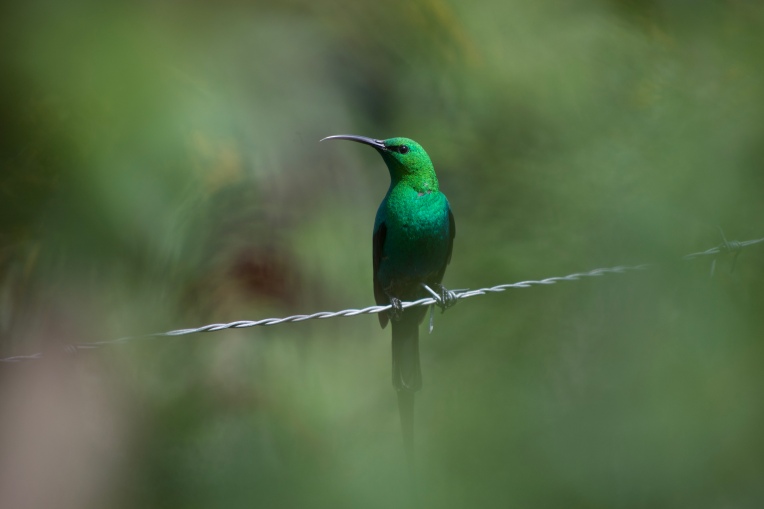 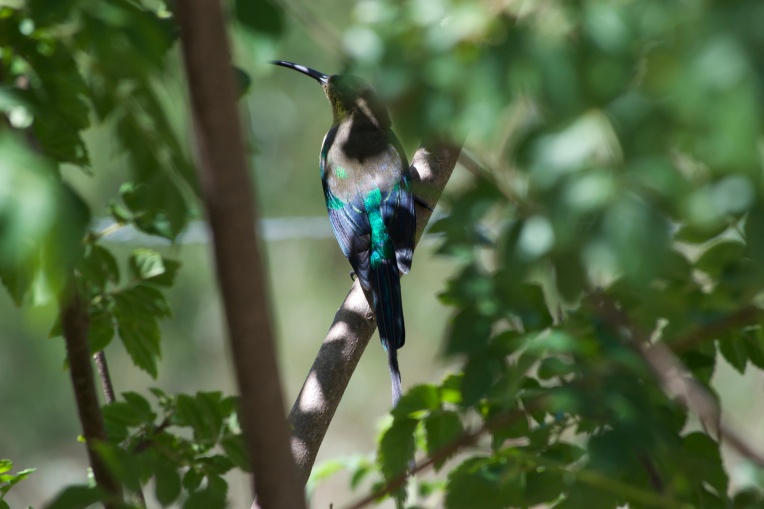 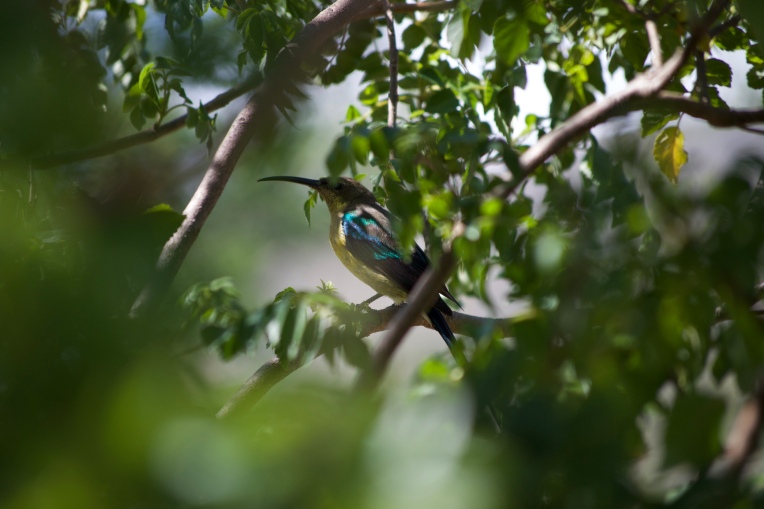 In addition to praising the rural world about me through the arts of Poetry and Music, I also capture its beauty through the practice of photography. Birds are a favourite subject; and among the many species of this region, I consider the Malachite Sunbird one of the most exquisite.

Here is the male of the species. The first photograph was taken during the breeding season last year in October when it is spring in South Africa and it is covered in iridescent green; the second and third, earlier this week. It is now late summer and its breeding season plumage is being replaced by less vibrant feathers.

Needless to say, the Malachite Sunbird is a subject of my poetry—in fact, one of the very first poems I composed for the collection was an ode to the creature titled “Sunbird!”.