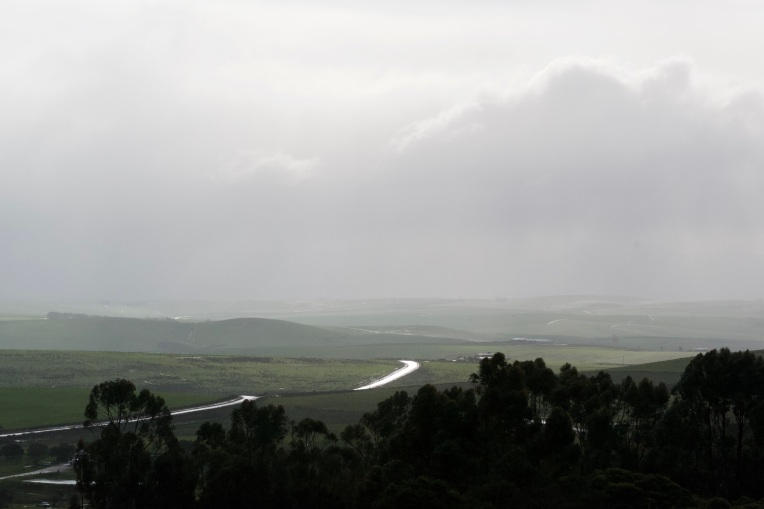 It is winter in my country, South Africa, and one of my favourite sights is the radiance of this road in the rain. When the clouds part, it shines silver in the sunlight—a simple occurrence that is an integral part of my sense of place1.

In the original 2012 version of the poem “Autumn” (my first Romantic work), this scene appeared; but, in the revised 2020 version, instead of the road, it became the river reflecting the sun (to preserve the concept of the stanza).