Sometimes, a poem takes on a very different form, once the writing process begins, and the first draft is but a germ. What started as a playful two-stanza composition about the moods of the wind, has through many variations become a meditation on its gentler moments, manifesting itself in three separate poems (a trend of late) bearing no resemblance to the original sketch.1

They are, in order of likelihood of inclusion in the anthology: “The Wind at the Wayside”, a delicate reverie on the lightest zephyrs of spring; “On the Wind”, a variation on that subject, drawing on the same imagery; and “Ataraxia”—a word derived from Ancient Greek that refers to a state of serene calmness—a distillation of the aforementioned poems in a single four-line stanza.

Next is the “Wild Flower Trio”, three poems inspired by floral finds on a heathery mountain slope in the spring of 2018. Four sketches resulted from that indelible excursion of which I wrote in “This December”. It has been two years since then, but the textures, perfumes, sights and sounds are vivid within me as I slowly move my thoughts to “Rietpypie”2, the first of the set. 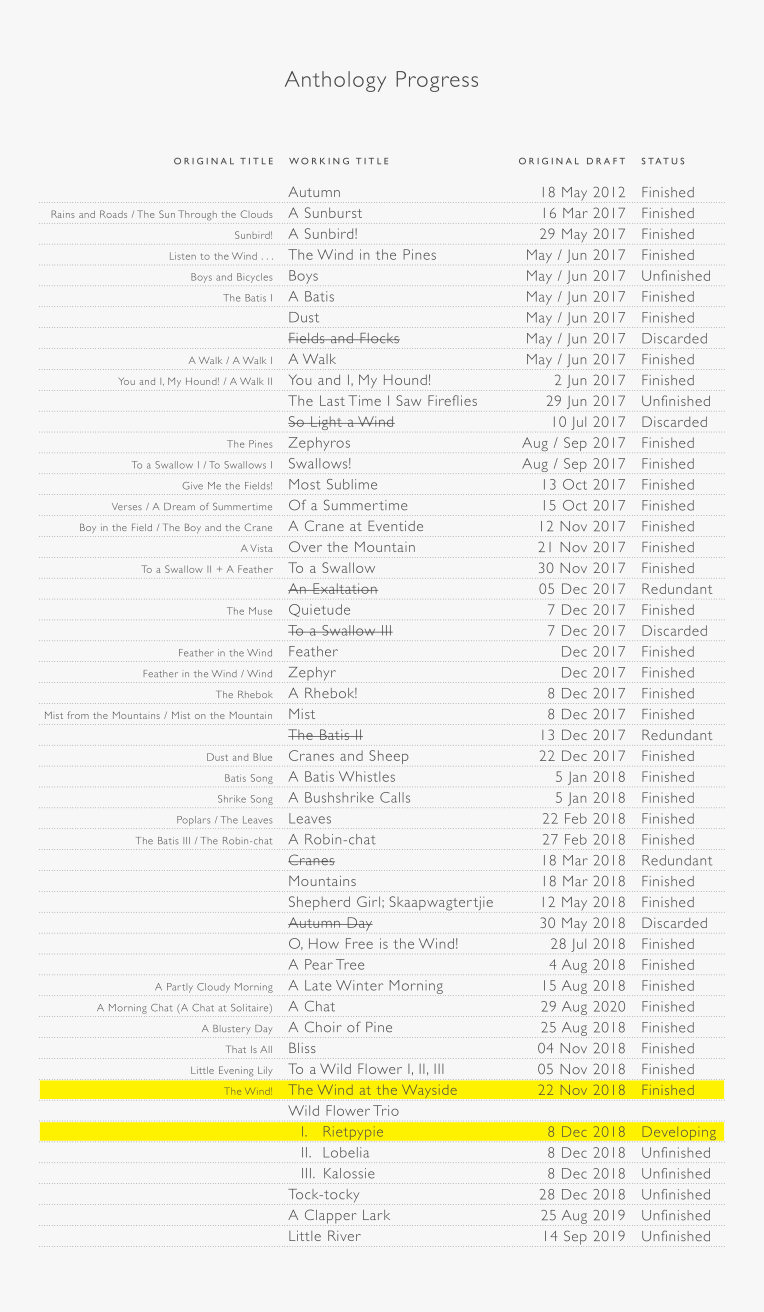 Autumn has come to South Africa and all across the countryside, the hills are being readied for wheat, barley and canola. Yesterday, I watched as a field was scorched of the stubble which since November has bristled upon it, the white smoke and black earth a sure sign that the green of winter approaches.